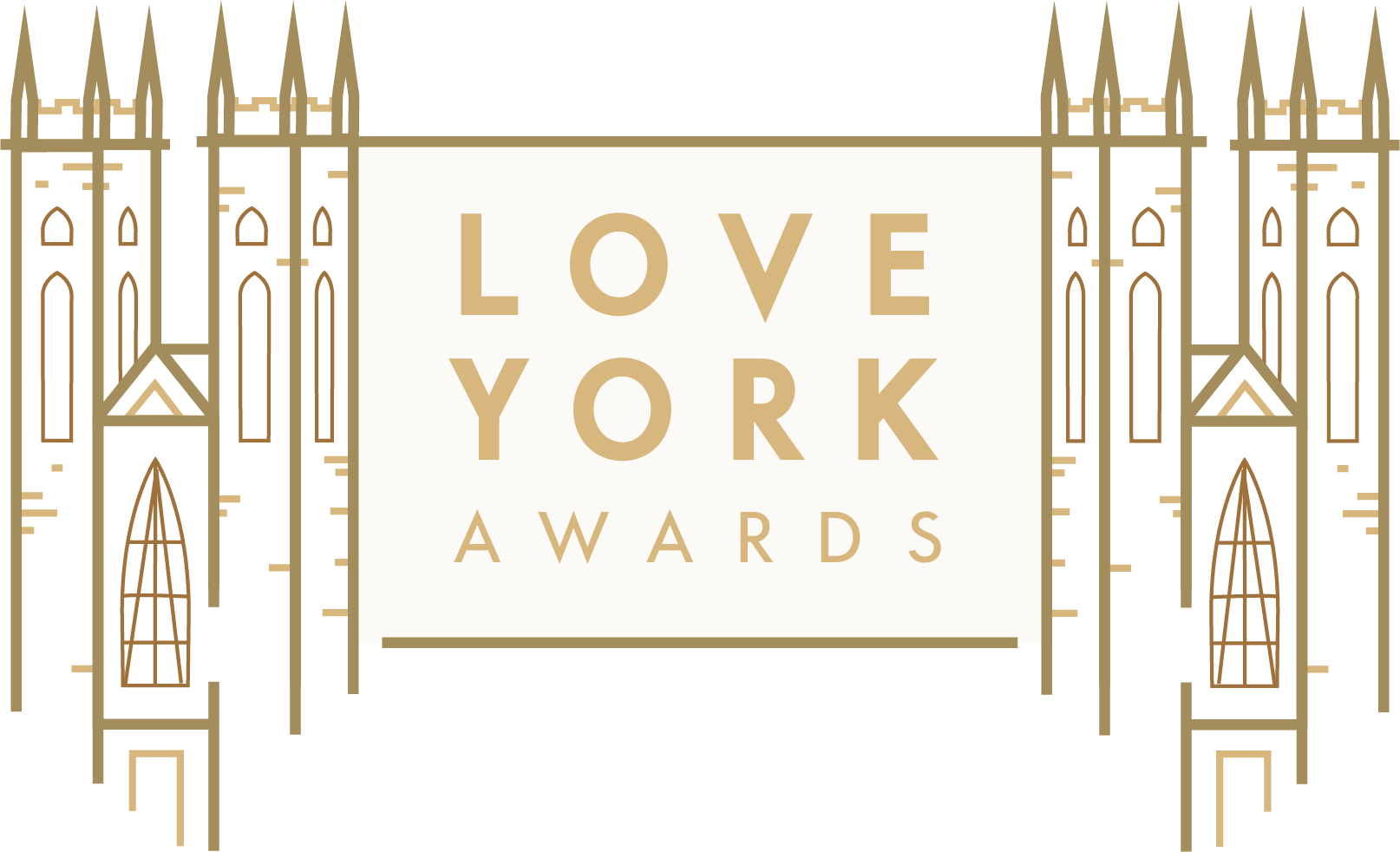 YUSU's annual event the Love York Awards takes place in Term 3. This prestigious event recognises and rewards the achievements of all students here at the University of York.

Whether it's a society who has created an inclusive and social environment, a volunteer who has provided assistance to members of the local community or a course rep who went above and beyond the call of duty, these awards exist to recognise them.

This year there have been a few changes to the awards, including the addition of ‘The Green Award’ to celebrate those dedicated to helping the environment, and the ‘YUSU Student Staff of the Year Award’ to give recognition to those hard-working students who help to run the Union!

We're not going to let the new social distancing restrictions in place stop us from celebrating all our brilliant students at York! We'll be streaming a digital version of the award ceremony instead. Watch this space for more information!

Nominations are now open for the Love York Awards 2020!

This is your opportunity to nominate yourself or someone else that you think deserves one of our prestigious awards.

We usually get hundreds of nominations, so make sure yours stands out. Remember, to win the race, you’ve got to be in the race.

Nominations will close in Week 3 of Term 2.

Nomination forms are accessible below, by clicking on the relevant award.

Take a look at this year’s award categories and nominate:

This award recognises those who strive to make improvements to their course or the general academic experience of students studying at University. This could be by being an Academic Rep, helping to organise alternative lectures or working closely with their department to improve the student experience.

Campaign of the Year

Strong student-led campaigns make a difference to individuals or groups on campus, in the community, nationally or even internationally. All varieties of campaigns are accepted for this award, from diversity and liberation, environmental, promotional, political and much more.

This award recognises the work of an individual or group who have shown dedication, passion and innovation to improve the wellbeing of students or have raised awareness of specific issues with relevance to contribution to student well-being.

This award will be given to an individual that has made a positive contribution to equality, inclusivity and diversity on any scale. Please note that any nominees for this category must self identify as one or more of the below:

This award recognises the creativity of a student or student group who have addressed any demand or issue using an innovative and enterprising solution, by working in partnership with another body. This could be starting up a new business or enterprise (project/event).

Fundraiser of the Year

Charities change the lives of people in need and this award recognises the great fundraising contributions to charity by individuals.

The Volunteering Award is awarded to an outstanding volunteer, active citizen or group in recognition of their dedication, efforts and impact in the community or wider nationally, or even internationally.

Student Group of the Year

This award recognises the outstanding achievements of a particular student group that is for with or by students, whether that be a society, sports club, network or volunteering project if your student group has made a difference to the lives of students; we want to hear from you.

Student Media takes skill, hard work and dedication to produce - with many roles behind the scenes. This award recognises outstanding individuals that demonstrate the benefit of student media at York or those who have made a significant impact to improve the quality of student media.

The Best Event of The Year Award

Events can pull people together, celebrate successes and educate. At a time where nightlife and venues dwindle in town, this award is to celebrate the ingenuity and the hard work of students who have put on an event that has been exceptional at breaking down barriers and doing something different.

In line with YUSUs declaration of a climate emergency in September of 2019, this award recognises the efforts of students to make greener choices easier by making changes, big or small to sustainable efforts, either in the community, at the university or within the union.

This award is for a student staff at YUSU who have gone above and beyond in their role. Student staff keep the Union running; from working tirelessly in our bars to make sure you have a good night out, to helping to organise our biggest events of the year.

This award recognises a student who has made a positive contribution to university life across their time at York so far. Whether they have been heavily involved in one area or many, their dedication and involvement will have been considerable. This award takes into consideration the contribution from their entire student life.

Unsung Hero of the Year

The winner and shortlist for this award is chosen by Sabbs, PTOs and student committees who hope to shine a light on students that are yet to take the spotlight but do outstanding work behind the scenes for student life.

Please note: you cannot submit nominations for this award.

You can enter or be nominated as an individual or as part of a group, ratified or unratified* with YUSU. Please check each individual category description for further information on who can enter.

*Except for Outstanding contribution to Student Media Award & Student Group of the Year must be (or be part of) a ratified student group.

The nominations will be checked to ensure they are in the right category and then will be shortlisted before a final judging panel. Judges will be given the criteria from the nomination form and will consider innovation, effort, contribution, skill development and impact.

Nominations will first be checked before shortlisting and then sent to a final judging panel.

The decision of the judging panel is final and no feedback will be given on individual nominations submitted.

The following were awarded at the 2019 Love York Awards.

Baylee has served as an academic rep for psychology for the past two years - last year as a course rep, and this year as a department rep. Baylee's contribution to the general community feel within the department, as well as within student voice, has been beyond exceptional (even going as far as being labelled "our super-rep" by the faculty).

Campaign of the Year

Fossil Free York, the campaign for the University of York to divest from the fossil fuel industry, was a significant achievement that was only possible due to the dedication of numerous student activists. From crafting a clear campaign plan to creating a consistent brand (a black handprint, symbolising the University having oil on their hands) and an engaging social media strategy, this campaign worked to effectively engage students and lobby the University to divest the £217 000 they have invested in fossil fuels.

As the President of University of York Student Minds, Aneeska has mobilised a range of societies and groups from across the university in order to raise awareness and make changes for student mental health. Aneeska has built up links with YUSU, and has teamed up with them for Keep Your Cool week, handing out positive notes in the library during crunch time to help her fellow student community.

Knowing that retention of BAME students has been a problem at York, Vanessa searched for the University’s Widening Participation Team’s details in her first year, reached out to introduce herself and her ideas and began to develop a relationship with the team. This lead to, as of September 2019, incoming BAME students receiving a welcome pack which included items like A “BAME 101” pack with relevant support, advice and contacts helping BAME students integrate more quickly into the York.