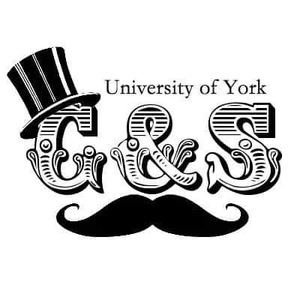 We are an all inclusive society that perform four musicals over the course of the year. In Autumn term, we put on a 48 hour show - meaning that over two days we cast, rehearse and perform a full G&S musical. This year we are doing The Grand Duke. In Spring Term, we perform our main, full staged G&S production which this year is The Sorcerer, performed in the Joseph Rowntree Theatre. In Summer term we put on our Summer Show, which is not limited to a G&S production and can be anything from a show case to an original musical. We also perform at the International Gilbert & Sullivan Festival during the Summer break.

Every Thurseday 19:30-21:30.
In Spring Term, extra rehearsal time on Sundays for main show.

Open auditions for principal parts in Week Two. No need to audition for chorus - just turn up to rehearsals on Thursday!

As well as performance roles, you can also be part of our Production Team or Design Team and get involved backstage.