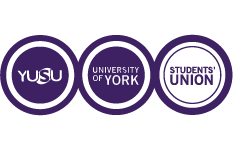 UoY Concert Band is a non-auditioning, student-lead ensemble, which provides a great opportunity for woodwind, brass and percussion musicians to play music and to have fun.

Our repertoire ranges from marches to musicals, from symphonic wind music to Disney. Some of our recent repertoire includes Puszta Gipsy Dances, A Yorkshire Overture, Crown Imperial, music from the Incredibles, the Seventh Night of July, How to Train Your Dragon as well as Omens of Love.

Apart from performing in the Sir Jack Lyons Concert Hall three times a year in our termly concerts, we have also performed at Westival and the National Railway Museum, and our annual Easter tour gives further performance opportunites for the band. In March 2017 we went to The Netherlands, where we performed in the Utrecht Cathedral, as well as enjoying trips to Gouda and The Hague, and both day and night trips to Amsterdam!

We have regular socials (as well as biscuits at every rehearsal!), so having a good time and meeting great people is as much a part of the Concert Band experience as playing great music is.

If you'd like to see or hear some of our recent concerts, check out our YouTube and Soundcloud pages.