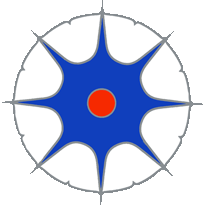 Aikido is non-violent martial art which uses the opponent's aggression against them to finish the fight quickly and with minimal harm to the opponent. The UoY Aikido club specifically practices a style of aikido called Shodokan Aikido, sometimes known as Sport Aikido.

Founded in 1967 when Kenji Tomiki built a Shodokan dojo in Osaka, Japan, Shodokan Aikido is a competitive branch of aikido that places more emphasis on free form randori sparring and competition. There are regular competitions held in this country, in particular annual student nationals, of which we are a regular host.

Competition is not the sole focus of the club however; everybody is welcome to come and train with us, and there is no pressure to compete. With it's focus on responding to an attacker, rather than being the attacker, aikido is a great martial art to learn for self defense, especially the Shodokan style. It's also great if you want to do martial arts for fitness; full participation is possible at a wide variety of fitness levels, but it's always possible to push yourself to move a little faster and more precisely, meaning there's plenty of opportunity to build up a sweat.

The class is led by qualified instructors from both student members and members of the local non-university Aikido club. We encourage members who enjoy our sessions to also consider attending this town club, who typically run three additional sessions per week in venues around the city.

COVID-19 and the restrictions from the government obviously mean that for now, our training is non-contact. However, the non-university club, who our instructors are from, have been doing some kind of non-contact training since lockdown began, and they have it down to a fine art at this point.

Our non-contact sessions are quite fitness focused, and they will definitely help you work up a sweat, but at their core they're built on the fundamental movements that nearly every technique in aikido is built on. The sessions typically start with building the muscle memory for these movements, and then will branch out into various types of shadow training, both with and without weapons.

The shadow training is a great way to start understanding how the fundamental movements are applied against an attacker; avoidance, control of the weapon, and then winning the fight. In addition, the weapon work is an opportunity to try out some stuff you wouldn't normally train in seriously until the black belt grades.

If you're a beginner, the strong foundation in the fundamentals in particular will serve you well with anything you go on to learn in aikido. If you already do aikido, you'll probably find the shadow training is great at keeping your skills in tip-top shape.

Keeping the COVID-19 infection rate low is not compatible with some important aspects of aikido training, so we have to restrict the types of training we can do while this pandemic is still a threat. This means that members will not be getting the full experience, and so we are reducing the membership cost. We have broken membership down by term, and will charge based on whether we expect to be able to train fully. This table shows how much we will charge both with and without C-19 restrictions:

Please don’t hesitate to contact us with the email in the sidebar.